“The Igbo philosophers knew that death is an instrument in God’s hands, hence they came to terms with the unquestionable nature of death. They therefore resorted to entreaties that gave rise to such names as ‘Onwubiko’. As that would not move death, they pleaded for some little more time by ‘Onwuchekwa’. When these pleas met the adamant ears of death, they surrendered by saying ‘Onwuemeodo’.”
An excerpt from a tribute to the late Sir Ignatius Uzoigwe.
‘Onwuemeodo’ translates as ‘death has done another’.
Most Igbo names are given based on circumstances surrounding the birth of an individual. A maternal kinsman of mine goes by the name ‘Achoghimnsogbu’ which translates as ‘I don’t want trouble’. Now, there may have been a reason for the name, and not everyone who calls the name knows this reason but everyone who calls the name (who understands the language) would know that all this man’s life, he had never wanted trouble. Even though like death, trouble is not a respecter of persons.
Another spectacular one is ‘Ohaekeleihem’ loosely translated as ‘let not people (strangers) share my properties’. This (to me) is a cry from someone who is seeking children(legal heirs).
Several times I have heard the name ‘Anyanwu’ which I personally translated as ‘eye of the sun’ but a ‘more Igbo’ person said names are not translated like that, that Anyanwu is the Sun and Eye of the sun would be Anya-anwu.
All these left me with the Shakespearean question, ‘What is in a name?’ 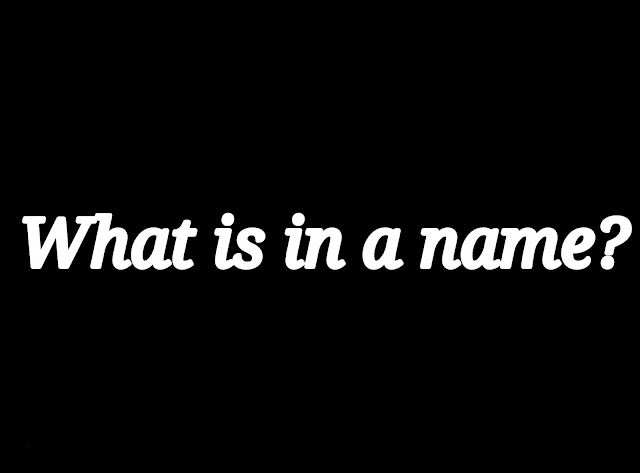 Iwa akwa: a rite of passage.

How are you? I mean mentally…

Good to be back here! – let’s talk parenting.

Join me on the Gram!

A weekend adventure – a trip to Ngwo pine forest, cave...